A few weeks ago, I announced my intention to start a side gig. Admitting this terrified me, and talking about it hasn’t gotten any easier. That said, I’m also drawn to bringing you along with me, in case you have similar dreams of your own. Whatever life project you’re undertaking (starting a business not required), I’d love to provide inspiration for your journey. And heck, I’d even consider it a good thing if any of my failures help you figure out what to avoid.

Today, though, let’s talk about finishing projects. Are you a finisher, or more of a chronic starter? For me, ideas come fast, but willpower tends to lag. I routinely start WAY more projects than I complete. But this venture, my dream to to build a side business, is different. It’s tugging at me in a deeper way. So much so, that I’m actively putting structures in place to propel me from dreams to action.

This past August, at the summer camp for entrepreneurs called Camp GLP (a.k.a., Good Life Project), I attended a workshop that’s been gradually changing my life ever since. Led by Charlie Gilkey of Productive Flourishing, Start Finishing was a session that provided us with 10 keys to finishing any project. Together, they’ve transformed my habits and equipped me with a structure to follow. (I hear he’s turning this workshop into a book. When he’s done, I’ll be first in line to buy it, unless you happen to beat me to it.)

Right now I’m working on Key #4: Pick Your Success Pack. As you’ve probably guessed, a success pack is a collection of people that helps you make things happen. Gathering this crew is super important, but it’s a step people tend to blow past. An individual may think teams will come down the road, or worse, that he or she is obligated to go it alone.

Last month I attended an info session for budding entreprenuers at WomenVenture, a MInneapolis nonprofit. It’s devoted to helping women “achieve economic success through small business ownership.” There I learned that women are particularly susceptible to overstretching their emotional and financial resources. They’re more likely to believe they have to do it all, especially in the early days of their businesses. If not corrected, this miscalculation can lead to massive frustration, often causing the venture to fail.

During Start Finishing, Gilkey put it this way: “Every successful project has a team behind it.” I already believed this, but the part I hadn’t considered was the importance of building a team from the start. In fact, you’re considerably better off if you establish your success pack before you begin.

The project-starters among you may be surprised, as was I, that doing the work doesn’t even come till Gilkey’s Key #9 (yes, of 10). Preparing for your project, as it turns out, is critical to success. Big sigh! Yeah, sure, I get this intellectually and have known it for a long time. Even so, planning ahead doesn’t come naturally to me.

My shiny-object personality is precisely why I’ve relied so heavily on Gilkey’s recommendations. I’ve found them helpful because they’ve taught me what to do and when. They’ve given me confidence to know I’m on the right track and keep going. In this case, Gilkey says a solid success pack includes four roles: guides, peers, supporters, and beneficiaries.

Guides know more than you and have the ability to teach it. Peers understand what you’re going through, as they’re doing similar projects. Supporters cheer you on along the way. They may not understand every detail of your project–and they don’t need to–but they DO care about you. Presumably, they’re fun to hang around, which will come in handly when you’re ready to celebrate a milestone. These can be large or small, but make sure to plan on regular intervals to recognize them.

Gilkey emphasized the importance of sharing and celebrating socially. He made a point of telling us that “any progress counts.” Boy, is this last piece of advice tailor made for you and me or what? It’s easy to minimize things you’ve already done, focusing instead on the mountain of tasks ahead. Finally, beneficiaries are the ones who’ll make use of your project’s end result. Understanding their needs is vital, so you’ll want to check in with them regularly, too.

Can you identify people in your network who might carry out these roles on your project? Think about it, then think about it some more. Then, if you feel inspired, feel free to chime in and let me know. I’d be curious to hear what your project is (or not), and how you’re using success packs to help you get there.

By the way, I’ll be sharing more about my process of picking a sucess pack in Part 2 of this article. Until then, happy pack building! 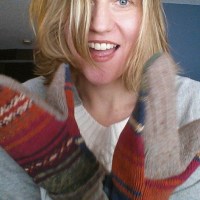 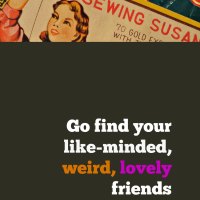 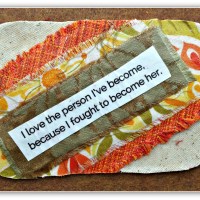 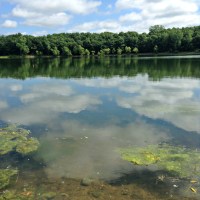 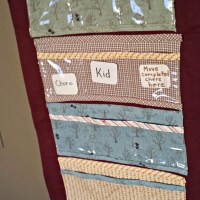 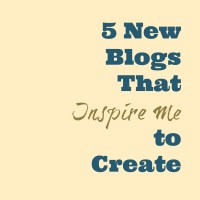 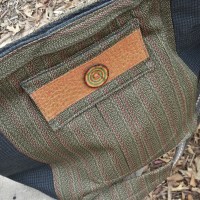 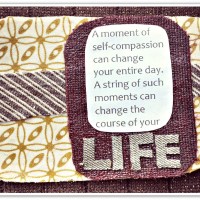 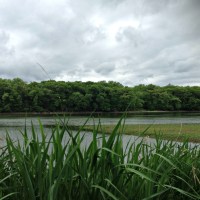 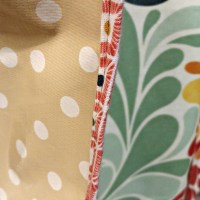